On early January the technology VisualMedia partners met at RTVE to upgrade the VisualMedia solution and to check its latest features.

The most recent templates were loaded onto the Graphical Engine and were managed by the Social Media Engine satisfactory. The Leap Motion component was tested at the RTVE set for the first time. To place the new device correctly a set table was used. The interaction between the gestures and the Instagram template was correct. The Online Distribution Engine was also improved and adapted for interworking with the latest version of the Social Media Engine.

Additionally a diverse range of operational aspects was addressed, for example the interaction in the studio between the operators of the different components and engines.

The event was successful and RTVE, together with the technical partners, took a major step forward in their plans for commercially using the VisualMedia solution for its daily production. 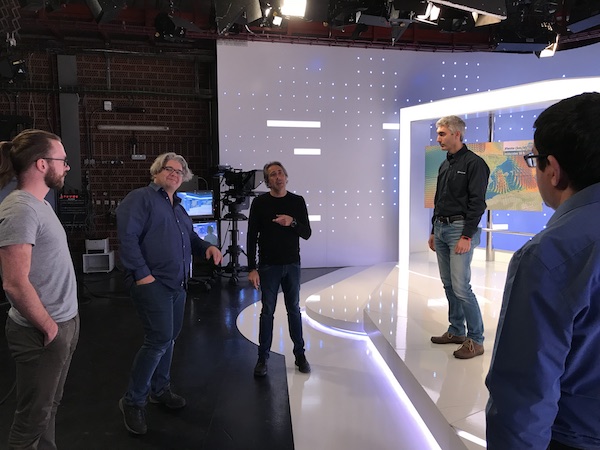