Signum presents VisualMedia at the IBC2017 in Amsterdam 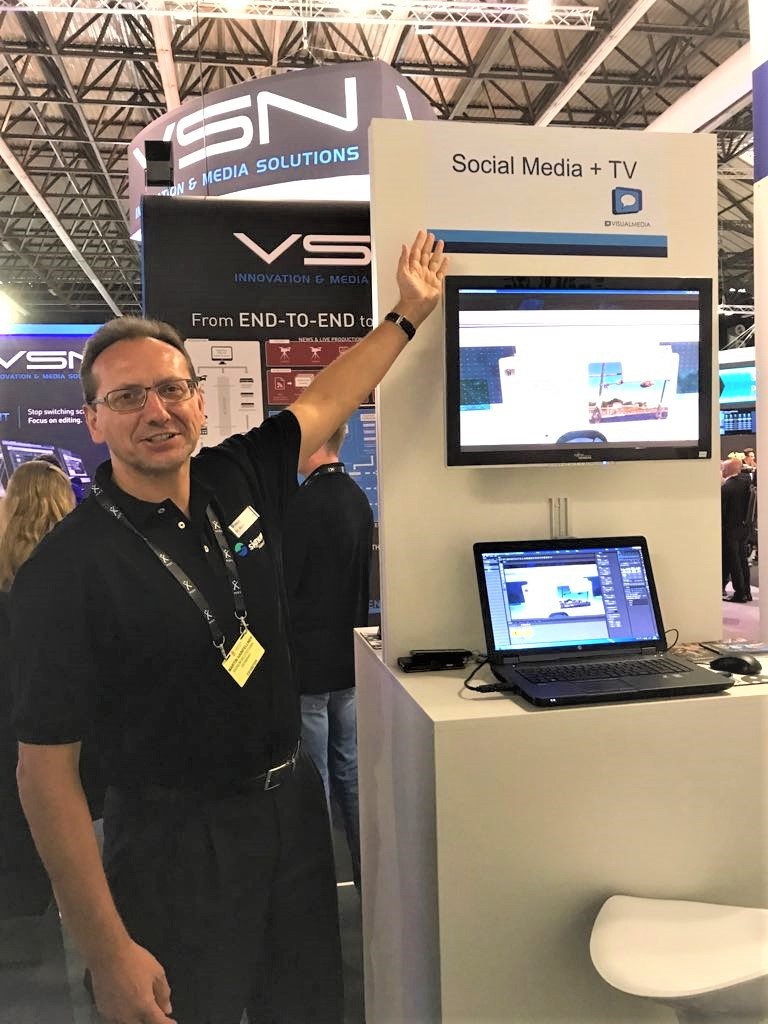 During IBC, Signum Bildtechnik showcased the VisualMedia Project to the broadcast world. Signum designed a dedicated area for the VisualMedia prototype within the Signum booth to showcase the working system in its full beauty. Harald Renz, responsible for the development of the VisualMedia at Signum Bildtechnik presented and explained the system to key players, press and broadcast professionals from around the world. During the 5 days tradeshow, Signum established contacts to new and existing clients, collected feedback and communicated the purpose and possibilities of the product.

We used two different modes for a customer demonstration.

Mode 1: The first step is to define a new story, when logging into VisualMedia. After selecting the social media type (Facebook, Twitter, Instagram) we set up a #hashtag retrieval. Then we have to select the story we want to use for the next step and go to the gather phase and start the collecting of the social media feeds according to our hashtags. Next step is the build phase. We used different graphic templates like carousel, nested, word cloud, competition or poll. For each of the templates we have been able to specify the source, and the button group for the graphics rendering engine. We could also select Auto Moderate or Auto Publish. After this definition we could select the feeds we later want to use for publishing with the rendering engine. Then we go to publish where we send the feeds to the graphics engine and using the predefined graphic templates, the graphic output will be triggered automatically. This mode is named tightly coupled mode. 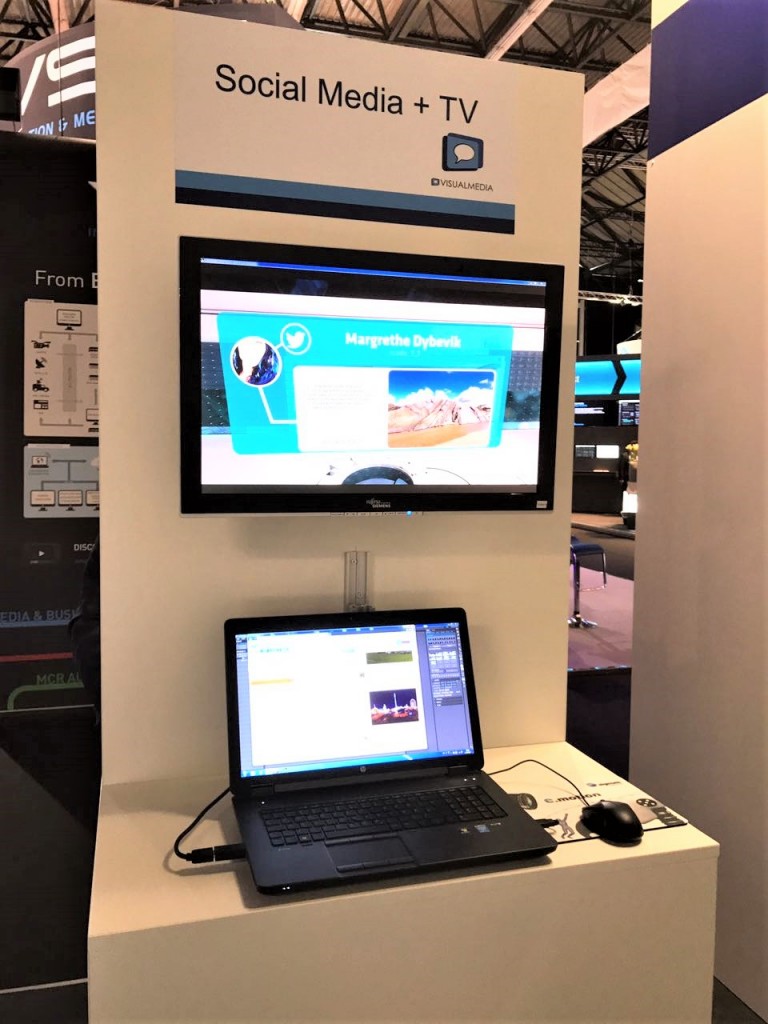 Customer were very impressed during the demonstration, especially the selection of social media data. Triggering the graphics output from the same user interface is an important feature of VisualMedia.