In line with the overall schedule, the second-screen applications developed by IRT are ready for the validation phase of the VisualMedia project. During this phase, two applications representing different use-cases will be deployed: the first application is focused on the use-case proposed by RTVE and provides an image gallery complementing a selection of images shown on live TV. The second application addresses the use-case provided by TVR, an application to vote interactively on different options in the context of a TV show.

After launching the RTVE application, a scrollable list of images with a brief description is shown. The end-user can select a specific image that is then shown in larger version. 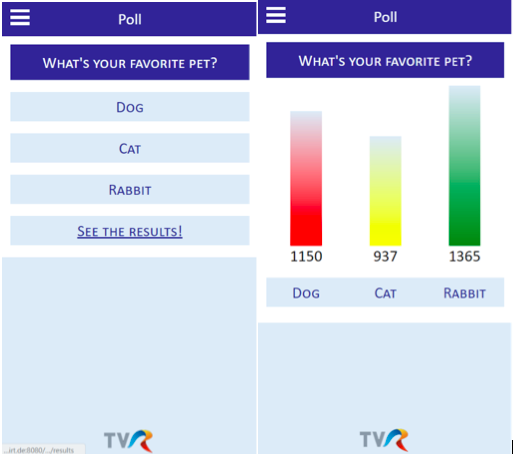 During the validation phase of the project, the applications will be refined and in particular the end-users’ feedback will be taken into account during the fine-tuning of applications.