With such a large group of people we had to split them in two. While the first group had a presentation of Visual Media, the other group had a “guided tour” in Hallingdølen. 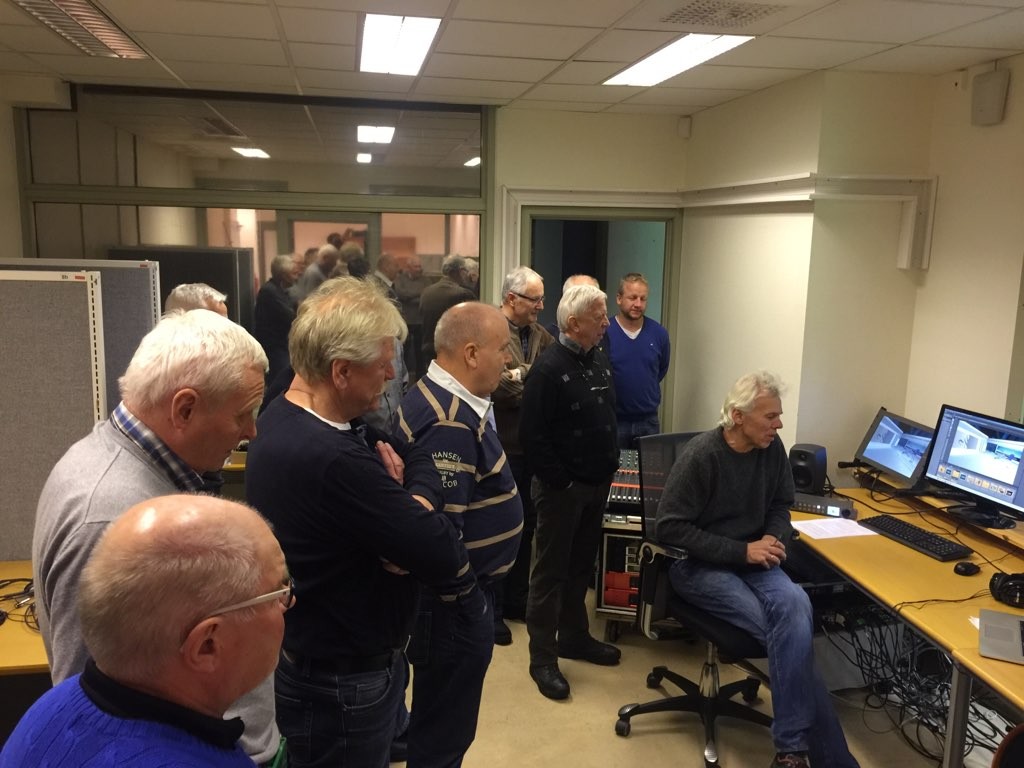 John gave them a presentation of the tool, and demonstrated how Hallingdølen is using Visual Media.

Some of the participants had never been in a TV-studio, and was pretty surprised by the fasilities in Hallingdølen. Of course, most of them had seen our videomagazines, and thought it was very interesting to see how and where they are prodused.
Many of the Rotary-members had questions about Hallingdølens role in developing Visual Media, and they thougt it was great that a rather small, local newspaper in Norway could contribute in such a project, and use this kind of technology.

This was a useful presentation, and we hope that many of the participants will mention Hallingdølen and Visual Media in their own networks.